Where Others See a Challenge, We See an Opportunity The Walters Group works closely with municipalities and nonprofit organizations throughout New Jersey to develop challenged land sites in an efficient and cost-effective manner. Whether it’s partnering with government to undertake complex infrastructure improvements, navigating CAFRA regulations, or working with the Pinelands Commission to preserve endangered species, no company in New Jersey has more experience satisfying the housing needs of New Jersey municipalities by unlocking and maximizing the value of uniquely challenging real estate developments. The Walters Group’s team of seasoned experts solves problems by transforming constrained and underutilized properties into world-class residential communities anyone would be proud to call home.

We take a personal and hands-on approach to establishing strong public-private partnerships that result in an enhanced lifestyle for a municipality’s residents, businesses and visitors. Partner and General Counsel Joe Del Duca works hand-in-hand with government officials, nonprofit organizations, and other local stakeholders to create affordable and market-rate apartment communities that provide financial benefits to their respective municipalities, while remaining sensitive to the preservation of the natural environment.

“Every community we develop is the product of a successful collaboration with the town where those apartments are located.” The mixed-use Stafford Park development in Stafford Township, Ocean County, N.J., is a prime example of how a successful public/private partnership can result in great economic, social and environmental benefits for a town and region. As designated redeveloper of the overall 350 acre site, Walters, in collaboration with Stafford Township, provided much needed affordable housing to the area for both families and seniors — Stafford Park Apartments was the recipient of the 2010 Governor’s Excellence in Housing Award for “Best in Housing” and believed to be the first LEED Gold Certified affordable housing community in the state of NJ — while also implementing a $10-million infrastructure improvement for a nearby section of the Garden State Parkway.  The development was initiated to remediate and redevelop a Brownfield site, increase the amount of residential and commercial space in the town, preserve several hundred acres of land, and create renewable energy sources to sustain the current and future energy needs of the community, which is situated in the Regional Growth Area of the Pinelands region. Prior to redevelopment, the site was owned and operated by various County and Township facilities, several of which were located on top of buried debris in landfills that posed a substantial threat to the groundwater aquifer underlying the Pinelands. It was estimated that the remediation would cost somewhere between $45 and $65 million, which would have been a significant cost burden to the Township. The Walters Group and Stafford Township were able to negotiate an agreement in which Walters covered all site remediation, site improvements, and relocation expenses of County facilities. As designated redeveloper, Walters formed strong public/private partnerships with NJDEP, NJDOT, NJTA, Ocean County, Stafford Township, and the Pinelands Commission in obtaining approvals to remediate and redevelop the site, which is now home to 216 market-rate apartments, 112 affordable apartments, over 400,000 square feet of retail space, 25,000 square feet of office space and numerous governmental facilities. Additionally, 349 single-family homes are currently under construction. 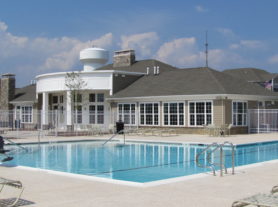 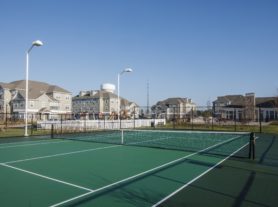 In 2003, the Township of Toms River purchased an 11-acre plot of land at the intersection of Massachusetts Avenue and Cox Cro Road for the purpose of holding the property while awaiting state funding for an age-restricted development. However, when the property was deemed unfit for development due a NJDEP Category One (C-1) designation of its surface water, the lot sat empty for more than a decade. By partnering with The Walters Group, which worked with the NJDEP to correct and change the designation, the Township was able to unlock the property’s value and move the project forward, ultimately helping to fill its large affordable housing obligation. The Walters Group secured $18.5 million in Community Development Block Grant (CDBG) Disaster Recovery funds through the the New Jersey Housing and Mortgage Finance Agency’s (HMFA) Fund for Restoration of Multifamily Housing (FRM), which was created in the aftermath of Superstorm Sandy to provide for-profit and non-profit housing developers an opportunity to secure zero-interest and low-interest loans to finance the development of affordable housing in the nine counties most impacted by the storm. Additionally, Walters secured $14.6 million in construction funding from HMFA’s Conduit Bond Program, as well as four-percent federal Low Income Housing Tax Credits. The Walters Group developed Cornerstone at Toms River while keeping the site extensively wooded and preserved, and today, the LEED-certified community of 102 affordable apartments for seniors is among the most desirable residential enclaves in Ocean County.

Raising the Standard for Sustainability in New Jersey

Led by a diversely skilled and experienced group of executives, The Walters Group demonstrates an unmatched ability to create value without sacrificing quality. Reflecting our history as a builder of customized luxury homes, Walters’ innovative approach to the creation of both market-rate and affordable apartment communities is predicated on a dedication to excellence in design, a commitment to responsible development, and the utilization of top-quality building materials.

The Walters Group has raised the bar for smart development in New Jersey by pursuing levels of certification that are rarely attained at other apartment communities in the state. Employing the latest sustainable building practices in the design and construction of every community, we are meticulous in the sourcing of top-quality materials, structuring developments to adhere to the strict standards of ENERGY STAR® and LEED®.

Learn What About Goes Into a LEED-Certified Walters Community

The Walters Group’s devotion to collaborating with municipalities doesn’t end when the construction process is over. Our commitment to providing a superior living experience extends to the greater communities in which we’re active. At each Walters community, we organize regular meetings at which residents have the opportunity to meet and socialize with local municipal officials and the community at large to discuss the quality of life issues that are most important to everyone.

By focusing on the creation of strong relationships – both with and between residents – The Walters Group’s award-winning team of property managers enhances quality of life for renters and ensures that each community is meticulously operated and maintained. We’re intently focused on ensuring that our communities fit seamlessly into the existing fabric of a municipality, both culturally and aesthetically.

The Walters Group has been recognized with honors from various prestigious organizations, including: “The staff is made up an amazing group of people who care and will go above and beyond to help any resident in need – no matter what the situation. The buildings are always clean, and safety is always the number one priority. I know if I ever need anything, I can contact the management office at any time, which is important to me.”

At our age-restricted and income-restricted communities, Walters’ social services coordinator works with the property managers to initiate specialized programming that fosters a sense of kinship. At group meetings and via questionnaires, residents are encouraged to offer their thoughts, and Walters organizes special interest clubs and weekly social events that meet the specific needs of residents, who are kept up to date with monthly newsletters, social media posts, text messages and flyers.

This focus on creating a sense of community is also reflected by The Walters Group’s dedication to philanthropy – a commitment that’s emulated by residents at communities throughout the company’s portfolio. Just as Walters gives back on a corporate level, our residents are extremely active in organizing events and initiatives that assist and benefit their neighbors in need.

As part of the New Jersey state program Services for Independent Living, The Walters Group ensures that seniors can receive the services they need. From arranging for transportation to doctor appointments to coordinating recreational, educational and cultural activities, Walters links seniors with the community and supportive services they need to continue living independently.